These words jump out at me from the bottom of my screen. They are part of some website page. They are inconsequential. But they jog something loose in me. They get my mind racing and poke at the fresh wounds in my heart.

What do I think?

I think people shouldn’t have kids as casually as they have a cigarette. Or a cup of coffee. That’s what I think.

I’ve just spent a lovely weekend with my husband and son, who for simplicity and anonymity I will call Charlie (a Charlie Brown-related term of endearment in our family). Playing in the snow, skating, watching movies, visiting my father-in-law int he hospital, having dinner with my mother-in-law, generally having a nice, warm, loving time with family.

But present with us in all this revelery, looming over us, is the latest offence committed by Charlie’s biological father, my ex-husband.

It’s been a while since I’ve written about him. Possibly because out of sight, out of mind. Previously, I called him Ex. So I’ll refer to him that way here, too.

To fully understand the magnitude of the situation, you may need a bit of background.

Ex and I divorced in early 2009. For a few months, he managed to keep up his end of the week-on, week-off schedule. Sort of. The weeks he had Charlie, Charlie would show up for his preschool dirty, overtired and with insufficient food and clothing. Ex provided him with no boundaries and Charlie’s behaviour was all over the place. A few months in, after allowing Charlie to be sexually abused by his girlfriend’s nephew, Ex approached me and said he didn’t have the money (or responsibility, I’d add) to be able to take care of him for a full week at a time. He said he’d like to just have him every other weekend.

This was fine by me as I could see his negligence and lack of care was adversely affecting Charlie. At least he would have some stability now, most of the time.

Eventually, due to Ex’s refusal to show up at court and the nephew’s continued abuse of Charlie, I had the access reduced to five daytime hours every other weekend.

That was a few years ago. Somewhat surprisingly, Ex has managed to show up regularly for his five hours since then. Until three and a half months ago.

First he was sick. Then he broke his leg and claimed, week after week (starting the week of Halloween and stretching until the week of New Year’s), that he couldn’t get to our place to pick Charlie up. Though he could somehow manage to get to a tattoo parlour, several times, to get a complicated tattoo. A picture of which he then texted to Charlie, providing proof of the order of his priorities to the innocent eight-year-old.

More recently still, he informed me that he is suffering from depression, is only capable of sitting on his couch and watching tv, and that he is not in the right mind-frame to see Charlie. He said he doesn’t know when he will be.

Of course, it was left to my husband and I to try to explain this to Charlie. An explanation made more complicated when Charlie called Ex, who told him that maybe he’d be able to see him next weekend, after which he said to me he wouldn’t but didn’t know how to tell Charlie.

Really!? Who is the adult here?

We had a long conversation – too long, but whatever – and he finally agreed to come clean to Charlie. To stop stringing him along. To bite the bullet and tell him he didn’t know when he’d be able to see him again. Which he sort of managed to do.

And then we coped with the fall-out, the disappointment, the hurt. Which is fine, that’s part of what we’re here for and Charlie knows he is loved by his step-father and I, and that we will always be there for him.

But how can a child fathom that their biological father, who says he loves them, just can’t quite get his shit together enough to show up for five hours every two weeks?

I mean, if I was depressed or sick or had a broken leg, I wouldn’t dream of handing Charlie off to someone else. It’s called responsibility.

Maybe you think I’m being too hard on Ex. Depression is depression, after all.

The thing is, Ex is a compulsive liar. He has lied and stolen money and done a lot of bad things to a lot of nice people. So it’s not so much that he’s depressed as it is that the chickens have come home to roost. I don’t know if it even is depression or if it’s just that everyone got sick of him and now he has no friends, no girlfriend, and no job. And he’s feeling sorry for himself.

And that’s why he’s not quite able to pull himself together to see Charlie.

Or maybe this is all just another excuse to flake out on another of his kids. To be honest, we thought it would have happened earlier than this.

You see, not only is he a compulsive liar, but he’s also a compulsive leaver-of-kids. He has two daughters in two other parts of the world who he never sees, never wishes happy birthday to, and has never been there for. One he claims he didn’t know about initially because he was 19 when his girlfriend got pregnant and left him. Then she wouldn’t let him see the little girl for most of her childhood. Allegedly.

The other he hasn’t seen since she was three and he and her mother divorced – and he left the country.

It sounds a mess but when I met him it all sounded reasonable and plausible. That’s the kind of person he is. A person able to convince and charm and explain in a really believable way.

That’s how he got all those nice people to “lend” him money, money he never paid back.

That’s how he got my family and I to think he was responsible and charming and a good family man. Hard done-by, rejected by the mothers of his daughters, a victim. Forgivable.

It’s hard to believe that fairly smart people can be duped like we were unless you’ve met someone like that.

Nevertheless, it’s hard to fathom that someone could do this to innocent children. Over and over. Why would you continue to have children!? In our case at least, it was he who said to me, “let’s have a child.”

So, fresh from this wound on my son’s behalf this morning, I hugged Charlie tightly and put him on the bus.

And I watched my neighbour hug her granddaughter tightly and put her on the bus.

And then I shook my head.

She and her husband are raising their granddaughter, having fought for two years to get custody of her from Child Services, after their daughter had abandoned her.

Here we both were, with our slightly fractured charges, sending them off to school with as much love as we could possibly give them.

Sure, there are kids in the world who have it worse. They have no family to love and care for them, or they live in war zones, or all manner of other atrocities that befall innocent children, children who never asked to be born into these situations. But that doesn’t make the pain these two children feel any less real.

As the bus drove away, my neighbour told me that she just found out her daughter – the mother who abandoned her little girl – is having another kid. And she told my neighbour, in no uncertain terms, that she won’t be taking her first daughter back. She’s moving on, rebuilding her life.

How can people do this to children!? How can they bring them into the world and then casually fling them aside? How can you have children as nonchalantly as you’d have a cigarette or a cup of coffee?

If you ask me today to tell you what I think, this is what you’re going to get. 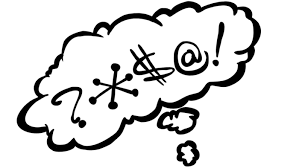 14 thoughts on “Tell Us What You Think”

and yadda yadda
The Sailboat Tara

A sailboat, a couple, and their little dog too.